What is Bitcoin (BTC)

What is Bitcoin (BTC)

These days, Bitcoin is almost a mythical asset. There was a report of a man buying $27 worth of bitcoins back in 2009, forgot about it, then received a return of 3,281,500% when he sold it in 2013. Bloomberg had an entire article about Bitcoin millionaires. There’s an 18-year-old who became a Bitcoin millionaire. And something called the Crypto Castle in San Francisco seems to be creating these crypto nouveaux riches like a factory.

But before you jump in on the hype in the hopes that this, finally, is your surefire get-rich-quick-scheme, you might want to do a bit of reading.

For starters, before your friends start asking you for advice on how you entered the crypto craze, you might want to be ready with a solid answer to the question: “What is Bitcoin?”

But how did phenomenon start? There isn’t much of a history as its creation is clouded in mystery.

A document found its way to a cryptography mailing list that provided a description of Bitcoin’s operation. The publisher of the document is someone named “Satoshi Nakamoto.” There are speculations as to who Nakamoto is. One popular theory is that “Satoshi Nakamoto” is a pseudonym for a group of people. Specifically, theory suggests that this group comprises of Neal King, Charles Bry, and Vladimir Oksman. The three had filed a related patent just two months before the purchase of the Bitcoin domain in August 2008.

Whatever the case, Bitcoin formally released its first version, the Genesis block, on January 8, 2009. Ever since, mining and investments turned the idea into real currency as recognized by the United States.

To be brief, bitcoins are “coins” or currency that is purely digital. The charm of bitcoins comes in its system. Bitcoin is both private and transparent. To prove your ownership of bitcoin, you have your own “signature.” Outside of that signature, you aren’t required to provide further personal information.

The system is transparent in the sense that there’s only a limited number of available bitcoins. In total, there are 21 million bitcoins with close to 17 million already in circulation. To keep track of each transaction, they’re posted on the blockchain, which is sort of like an online public ledger.

The decentralized aspect of Bitcoin played a role in its popularity, no doubt.

As with anything that involves trading, the market tends to go up and down. That’s pretty standard. The problem is that bitcoin value is difficult to determine because of its volatility. This same aspect makes bitcoin value projections almost impossible to predict.

There are camps for and against investing in the currency. There’s also those who saw opportunity in its revolutionary but deflationary nature and took to it like a gamble.

Whatever your stand may be, know that this isn’t something you can jump in on without researching it thoroughly.

The tricky thing about bitcoin is that even if you decide to start investing in it, there’s the underlying question of how. There are two possible ways you can approach this dilemma:

These are drastically different methods that require different sets of resources to complete. They also pose different problems. If you’re determined though, press on.

How to buy bitcoins

To start buying bitcoins, here are some things you’ll need:

When you have all these setup, the only thing left for you to do is to buy bitcoins and play the market.

That’s where the catch is. Exchange is the easiest way to buy bitcoins. But considering the price of a single coin, you’ll need to be risk-seeking and have a high emotional tolerance against the ups and downs of the market. Not to mention, you need to have more than the current price of a single bitcoin in your account if you want to maintain stability while participating in a highly volatile market.

If possible, wait for the market to drop before you buy in.

Is bitcoin mining worth it?

At first glance, bitcoin mining sounds like a dream. It lets you earn coins valued at tens of thousands and you won’t have to buy it, right?

Well, not quite. Due to the complexity of problems and the sheer number of miners trying to outmine each other before the entire 21 million coins are exhausted, mining takes a bit of investment too. To be precise, you’ll need:

Getting back to the crux of this discussion: Is bitcoin mining worth it?

You’ll have to spend large amounts of money for either method. If you’re not handy with computers, then it’s better to stick with buying them. If you look at bitcoins as easy investments, then you’re better off buying.

However, if you’re computer literate and are willing to pull the weight, then see if the returns are greater than the cost. That’s the only way you can really determine if mining your own coins is worth it for you. 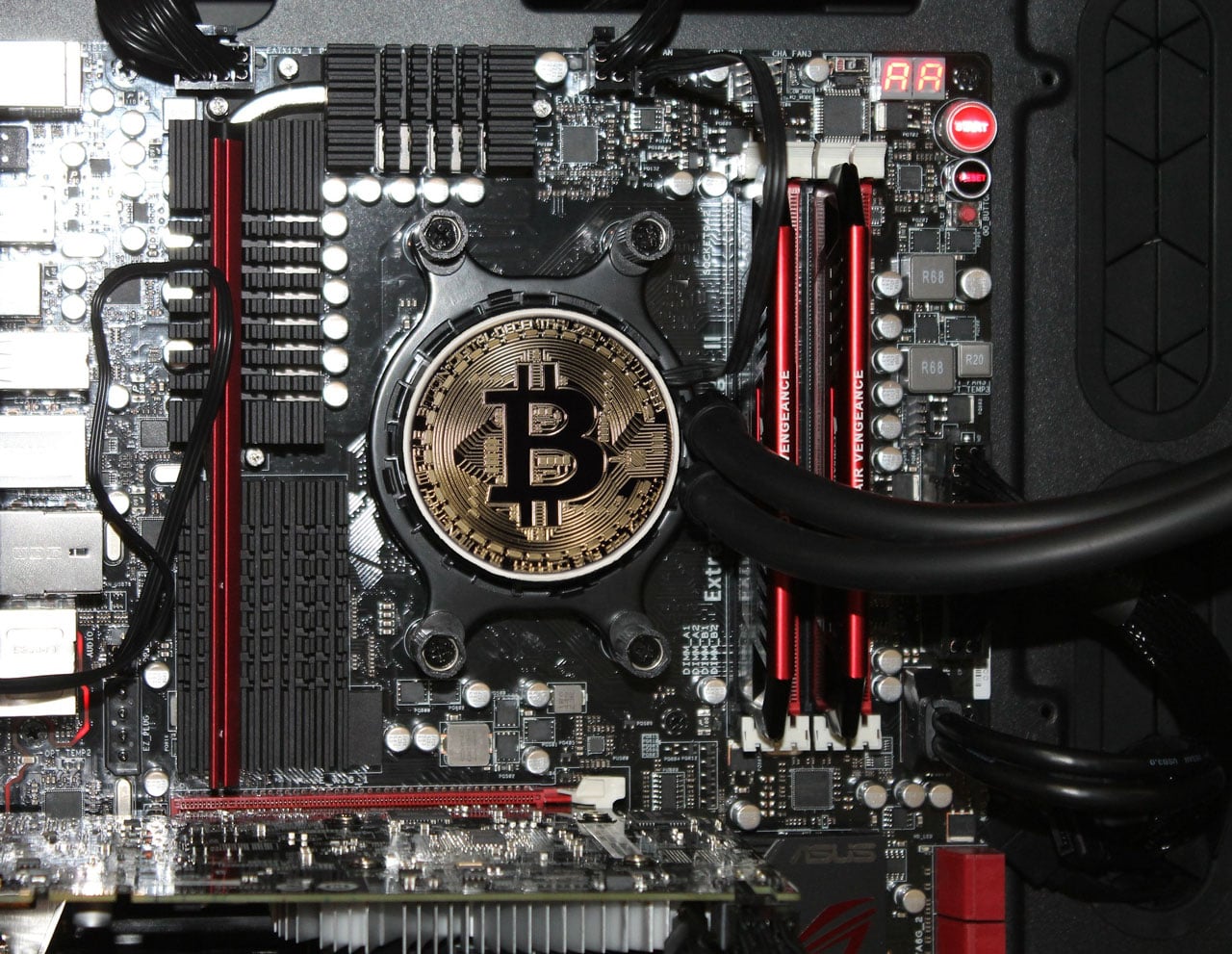 If you’re reluctant to enter the bitcoin market for whatever reason and the effort of mining has put you off, there is an alternative. More companies are offering cloud-based mining services.

Think of these as the UITF or Mutual Fund in the cryptocurrency world. The companies will basically mine for you as long as you buy hashrates. The popular examples of this are Genesis-Mining and HashFlare. They have centres housing hundreds of miners and, depending on the company you apply for, you can even pick which pool to participate in. The total cryptocurrency they mine is then distributed to every client according to their contribution.

The only downside is that, excluding your purchase of hashrates, you still need to pay a lifetime fee and daily maintenance fees.

Now, after you’ve chosen a method and spent enough time on it to earn bitcoins, the next step is to use them. You can wait for a day when the bitcoin exchange rate is at its peak to sell them, then you can use your earnings to buy things.

Or you could take advantage of the fact that more companies take bitcoin. Some of the companies and products you can buy with bitcoin are:

As Bitcoin is becoming a more established presence in the lives of modern men, it’s expected that more businesses will open the option of paying with bitcoin. For example, fast food giant McDonald’s is expected to start accepting coins by the end of 2018. Walmart and British Airways are likely candidates too.

While you might not want to spend an entire coin on buying pizza from PizzaforCoins, the quick transactions available with the Bitcoin Wallet makes spending coins tempting.

The people who encourage others to invest in bitcoin now seem to have silver tongues. On the other hand, naysayers of the currency appear on both camps. Some are even starting to say it’s reminiscent of the tulip mania. In particular, a bitcoin millionaire warns against it.

As the whole idea of cryptocurrency is still in its nascent stage, we can’t know for sure which side is right or wrong. It could be the currency of the future or it could flop after the 21 million coins are in circulation. Theories abound as to what would even happen once all the coins are mined.

But uncertainties are part of any investment. Trading ordinary stocks are a gamble that could cost thousands too, but people still participate in it. The main matter here is whether you have the stomach for potentially massive dips and sky-rocket highs. Bitcoin isn’t for the faint of heart or for the moderate risk profiles.

In addition to a strong stomach, you’ll need substantial knowledge on the topic before you start putting money anywhere. And, as with everything in life, you need to know how to play it right.

In the end, the decision to buy and sell bitcoin is yours. Read up and read well. If you do things right, you might even see some high returns before the year ends.