Home Explained What is Litecoin
NextPrevious

Getting to Know Litecoin

In recent years, cryptocurrency has become nothing short of a global phenomenon. The advantages of a decentralised network where people can securely transact in just a few seconds have appealed to investors all over the world, and merchants have flocked and started to adopt this technology.

The magic of cryptocurrency paved the way for more people to create more altcoins. More and more digital currencies are being introduced in the market, and one of them is Litecoin. Some investors say that Litecoin is like the silver to Bitcoin’s gold. But what exactly is Litecoin?

Litecoin is a type of cryptocurrency that uses the peer-to-peer system. It is an open-source software project. Technically, Litecoin is patterned after Bitcoin, the first decentralised digital currency.

On October 7, 2011, a former Google engineer named Charlie Lee released Litecoin through an open-source client on Github. Six days after, the network went live. It was basically an extension of the Bitcoin client. However, Litecoin was different because it offered reduced block generation time, a higher maximum number of coins, a modified GUI, and a different hashing algorithm.

The cumulative value of Litecoin drastically increased during the month of November 2013, showcasing a 100% leap within a span of 24 hours. In the same month, Litecoin hit a $1 billion market capitalisation.

Litecoin was the first of the five leading cryptocurrencies to use Segregated Witness, also known as SegWit, which is a soft fork change in a cryptocurrency’s transaction format. In May 2017, the first Lightning Network exchange was done using Litecoin, successfully transferring LTC from Switzerland to San Francisco in less than one second.

Just recently, in February 2018, Litecoin was accepted as a payment method by Alza, one of Europe’s major online retailers. 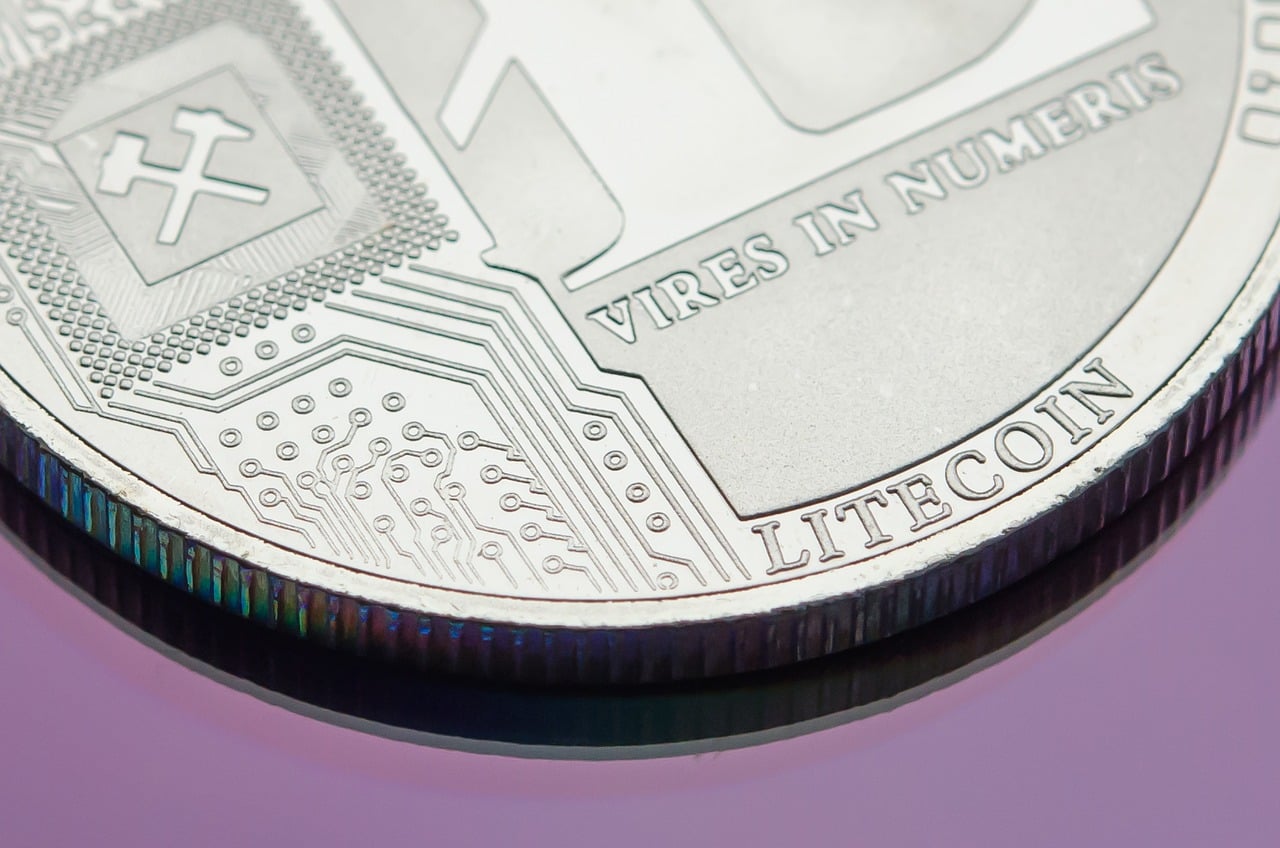 The Difference between Litecoin and Bitcoin

One of the variances between Litecoin and Bitcoin is the number of coins that they can produce. The Bitcoin network will not exceed 21 million coins while Litecoin can produce up to 84 million coins. This may sound like a stark difference in favour of Litecoin, but it is barely noticeable. This is because both can be divided into infinite amounts. Thus, users of both currencies can purchase low-priced items or services, regardless of the price of one undivided coin.

However, Litecoin’s higher maximum number of coins can offer a psychological advantage over other currencies like Bitcoin. Investors may opt to transact whole amounts rather than divided units. Nevertheless, this can be solved through software changes.

Transactions are made instantaneously for both Litecoin and Bitcoin, but time is still needed for other network participants to confirm the transaction. The Bitcoin network requires approximately ten minutes to confirm an average long-term transaction. For Litecoin, it takes only about 2.5 minutes. This is an advantage for Litecoin, considering that merchants prefer a faster confirmation time. A merchant who is selling his items in exchange for a Bitcoin will have to wait four times as long as the time it would take for him to do it if he sold it for Litecoin. Still, the merchant could choose to make a transaction without waiting for the confirmation.

Litecoin and Bitcoin also use different algorithms. Litecoin, as previously mentioned, uses the new algorithm Scrypt, whereas Bitcoin utilises the tried and tested SHA-256 algorithm. This difference greatly affects the process of mining new coins. Extensive computing power is essential to confirming transactions in both Litecoin and Bitcoin. Basically, as miners decode and confirm transactions made by other users, they are rewarded by earning coins.

The SHA-256 algorithm has a more sophisticated design compared to Scrypt. It allows parallel processing to a greater degree. In recent years, Bitcoin miners have utilised complex methods to efficiently mine Bitcoins. Today, the most common method is the use of Application-Specific Integrated Circuits. Unlike CPUs, these circuits can be modified for the sole purpose of mining Bitcoins. Because of this, Bitcoin has become more difficult to mine for the average user.

On the other hand, Scrypt was designed to require fewer custom hardware solutions. Many experts now say that Litecoin is more accessible for the average user.

Litecoin is one of the first cryptocurrencies, so it has a good record of increasing in value. On the other hand, Ethereum is a newly-risen star in the world of cryptocurrency. Yet, it has already risen through the ranks, quickly gaining popularity.

Currently, Ethereum continues to capture growing interest from the cryptocurrency community. It is becoming more and more accepted, despite its young age.

Litecoin and Ethereum have different strengths. Litecoin is cheaper but if you are more concerned with the speed of your transaction, Ethereum can deliver.

Both currencies give rewards using the proof-of-work concept. For each verified block, Ethereum rewards miners with five Ether blocks. On the other hand, Litecoin awards 25 LTCs. Bear in mind that the value of each coin depends on the network.

Litecoin has a limit on how many coins are being released, and once the maximum limit is reached, the flow of coins to the system is halted. Ethereum uses a different model and releases the same amount of coins annually.

There are many sites in Australia where Litecoins can be purchased. You can use any credit card to buy coins. With a bit of research, you will be able to find a site where you can securely make Litecoin transactions. Here’s what you need to do if you want to transact:

Get a Litecoin Wallet

A wallet is important if you want to start buying Litecoins. It is where you will store your coins for safekeeping. You can choose a software wallet to use on your computer or a hardware wallet that you can carry in your pocket.

But wait! Before you purchase a wallet, make sure that you’ve done your research. You must be confident that the company that you will be going with is transparent and trustworthy. There have been a lot of issues with scams, which you’d want to avoid. Some people opt for less transparent companies, but in the long run, they lose large sums of their hard-earned money.

So how exactly do you get a wallet? If you want a software wallet, you can search for one online. You can sign up with sites like Cryptonator where you can set up an online account. Using this account, you can make transactions, request or send payments, or pay invoices. It is very convenient to use your wallet, because it enables you to make lightning-fast transactions in the comfort of your own home.

You can purchase a hardware wallet as well, such as the Ledger Nano S. It comes in the form of a USB stick. With a hardware wallet, you can be sure that confidential information is safe and isolated.

Lastly, you can visit Litecoin’s homepage and find out which wallet they recommend. Before you start mining, make sure that you have your wallet at the ready. If you’re not sure about how it works, you can always visit community forums.

A cryptocurrency exchange is an online platform where you can make a currency or stock exchange. Traditional exchanges are done based on the latest market price of cryptocurrencies. Most of the exchanges carry Bitcoin as it is the most common cryptocurrency today. However, there are sites where you can buy Litecoins directly. Some examples are BTC Markets, Coinspot, Independent Reserve or Coinbase.

Once you have chosen an exchange, you can open an account and start buying coins. A pro tip: do not leave your Litecoins in an exchange. You might lose them if the exchange suddenly shuts down or if it gets hacked. The best way to keep your Litecoins safe is to withdraw them to your wallet.

You also have the option to find a broker whom you can trust with all your transactions. The main advantage of using a broker is that you won’t need to wait for other people; you can just purchase your coins at a fixed price. Brokers also support other payment methods like credit cards and debit cards. 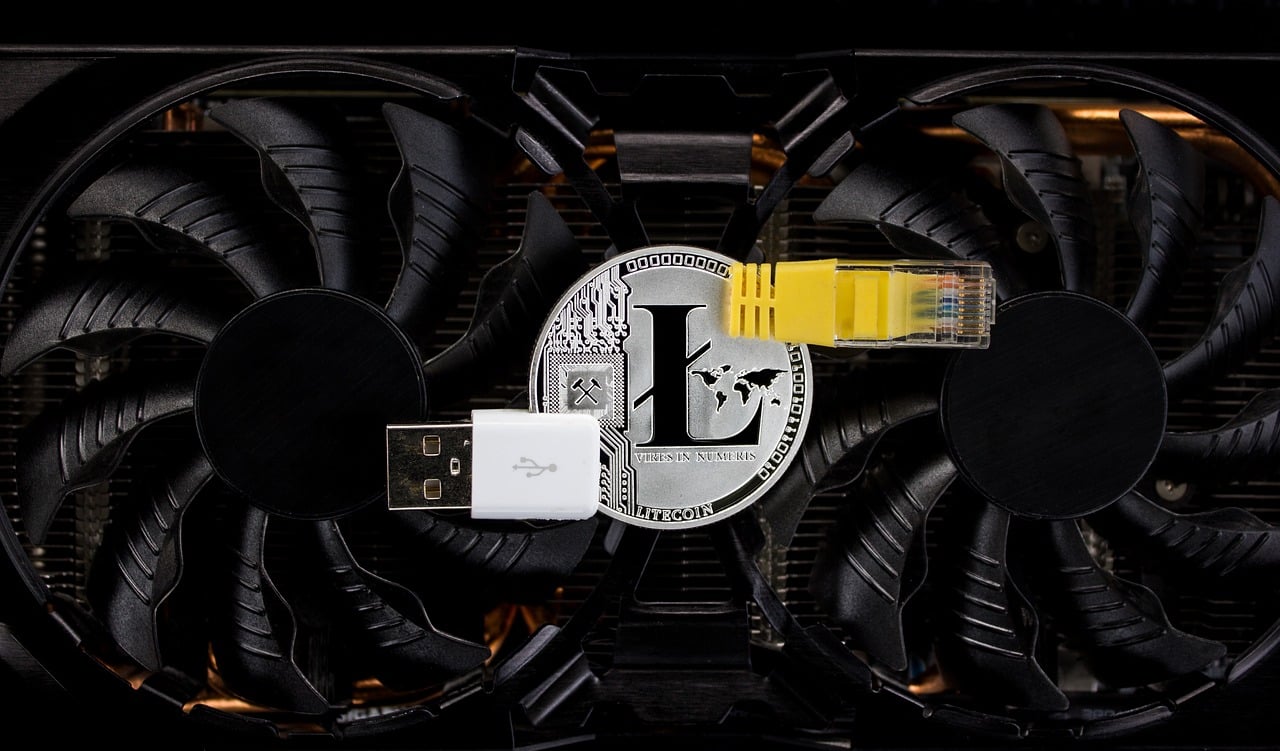 There are two ways to mine Litecoins: using your central processing unit (CPU) or your graphics processing unit (GPU). For cryptographic calculations, the GPU will offer a better performance. You can still mine coins even if you don’t own a high-end gaming computer or laptop, although you will experience it at a slower rate.

You can join a mining pool or do things solo. The advantages and disadvantages of the two can essentially be compared to joining a lottery syndicate. If you do things on your own, it will be a challenging task, but whatever you reap will go directly into your pocket. If you join a mining pool, solving the block will be easier, but the reward will have to be equally divided among the members of the team.

The easiest way to start mining is by getting the software cpuminer. You’ll have to download the zip file for your operating system and extract it to your hard drive.

Next, you’ll have to set up cpuminer by writing a one-line script to effectively launch your miner. You will need the following:

Using a specific formula, you will need to enter your script into your preferred text editor. Once saved, all you’ll have to do is to double-click it to activate the program.

If you choose to use your GPU to mine, the program you’ll need to use is cgminer, which can be downloaded from the website of the developer. The software must be extracted into a folder that you can easily locate.

Prior to mining, make sure to update your graphics drivers. This is essential to the mining process. After the software is extracted, you will need to open the command terminal. If your graphics card can be detected, you’re good to go. If not, you will have to set it up first. Lastly, enter your script into your preferred text editor.

The Future of Litecoin

Cryptocurrency is very unstable, and it is not for the faint-hearted. Investing in Litecoin is a clever idea if you’re willing to take the risk. Litecoin has seen numerous technical improvements over the years, like the adoption of Segregated Witness. However, it is hard to predict how it will fare among other cryptocurrencies in the future.

Many users have been trying to predict the price of Litecoin for 2018. But as with other cryptocurrencies, it is difficult to come up with a value. Predictions range from $1,000 to $5,000 by the end of the year. Nevertheless, the price will still vary based on supply and demand.

If you want to invest in Litecoin, always remember to research diligently. You must study the trends so that you can have an idea of how Litecoin will perform in the future. Bear in mind that cryptocurrencies like Litecoin are unpredictable, so you must prepare for the worst and hope for the very best. Good luck investing!