What Is Ripple and XRP?

Home Explained What Is Ripple and XRP?
NextPrevious

What Is Ripple and XRP?

What Is Ripple and XRP

The hype surrounding cryptocurrency has increased dramatically over the past few years. With mainstream media finally catching up, more and more individuals and financial institutions have become drawn to and have started investing in digital currencies.

When you ask anyone about cryptocurrency, Bitcoin is probably what most people will associate it with. But it is definitely not the only one you should know about.

Take Ripple, for instance. Though a lot would argue that it is not a cryptocurrency, this coin of value also functions as a payment processing system that is changing the landscape of the banking industry in an unprecedented way.

Ryan Fugger, a web developer from Vancouver, British Columbia, designed Ripplepay, the first iteration of Ripple, in 2004. The idea of creating a decentralised monetary system that ensures secure transactions and allows people to produce their own money came to him after he worked for a local exchange trading system.

Who Is the Founder of Ripple?

It was Jed McCaleb who came up with the idea of designing a new system that was quite different from that of Bitcoin’s blockchain technology. He did this in 2011 with the help of Arthur Britto and David Schwartz. Instead of having transactions verified by the mining process, they built a new system that would verify transactions through a consensus among the members of the network.

The team pitched the idea to the original creator, Fugger. And after several discussions with the Ripple community, he eventually handed over the reins. 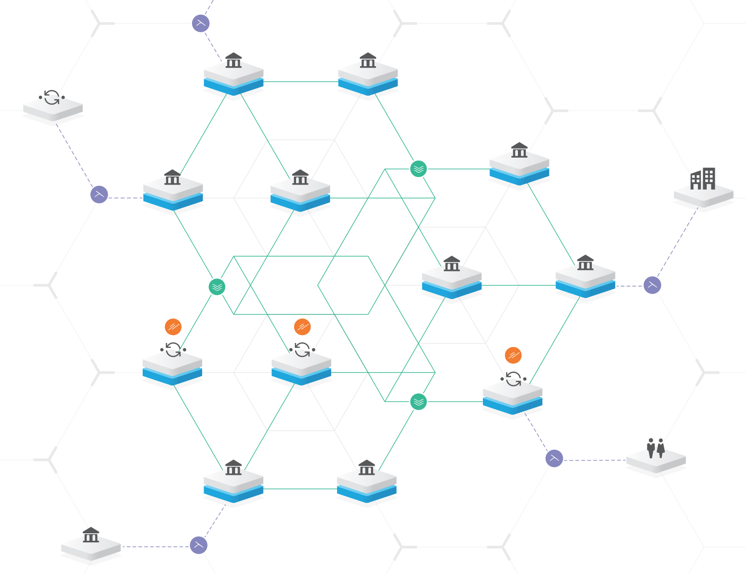 Using Fugger’s concepts as the foundation, OpenCoin designed a new payment protocol called the Ripple Transaction Protocol (RTXP)­­­, which enables quick and direct transfers of money between two parties. For a transaction to occur, these two entities must be involved:

Ripple uses a shared public ledger to store information about all Ripple accounts. This database is managed by a network of validating servers which also keep the system secure. These servers can belong to financial institutions, market makers, or individual entities.

Apart from containing balances, this database also comes with information about opportunities for buying or selling currencies as well as assets, making it the first distributed exchange. Payments, exchanges, and remittances are allowed in the consensus process.

Various types of currencies can be used in the exchange, be it crypto, euros, gold, or even airline miles. Ripple allows users to send money in one currency and the recipient to receive it in another. Members of the network have easy access to such transactions without ever being subjected to the fees and wait time of conventional banking. 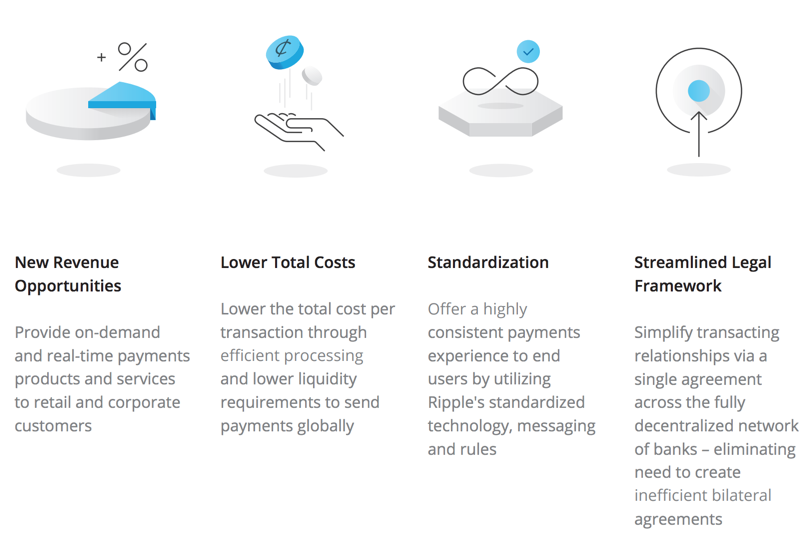 When Ripple launched, 100 billion XRP were produced. Based on the protocol’s rules, that number was fixed, meaning there would be no further additions to that supply. The XRP is the only currency in the network that doesn’t come with counter-party risk.

Members of the Ripple network are not required to use XRP as a medium of exchange. But all members are required to have at least 20 XRP stored in their accounts.

Ripple is an open-source protocol. It allows banks and other business entities to incorporate Ripple’s protocol into their systems so they may benefit from the service. As an open protocol, Ripple’s system permits peer-to-peer server architecture to assist in transactions between financial institutions. With Ripple’s distributed financial technology, companies can make direct payments to each other, regardless of their networks, geographical borders, and the currencies they use.

‘Ripple is not a cryptocurrency.’ This has been the mantra of the community for some time now. Charlie Lee, the creator of Litecoin, is one of the many members of the cryptocurrency community singing the same tune. The proponents of Bitcoin are another.

Several members of the cryptocurrency community would argue that the Ripple protocol is more centralised in nature because it has more control over its native currency. In fact, in 2015, Bitstamp issued a complaint when Ripple Labs attempted to buy almost 100 million XRP. More recently, it was writer Joseph Young who warned the community, saying that Ripple was going to lock up $14 billion in XRP.

Their native currency has received backlash as well, especially from the proponents of Bitcoin. No mining is required to acquire the native currency. Ripple issues the tokens themselves in the same way a central bank does. Bitcoin, on the other hand, rewards its members who tirelessly dedicate resources to powering the network with cryptocurrency.

If having control over its own native assets doesn’t make it a cryptocurrency, then what does this say about Bitcoin? Ripple has been trying to point out that Bitcoin’s protocol is centralised as well. With about 40% of Bitcoins being held by 1,000 people, this creates a mass centralisation of the market, Ripple argues. Furthermore, they believe that Bitcoin’s mining system could potentially create a form of centralisation when miners decide to form groups and decide as a unit to adopt certain upgrades and abandon others.

So, how different is Ripple from Bitcoin?

Unlike Bitcoin, Ripple doesn’t need proof-of-work or proof-of-stake. It uses a consensus protocol that makes it more scalable than Bitcoin. It is able to process 1,500 transactions per second while Bitcoin can only do seven.

Apart from scalability, Ripple has speed. An entire transaction through Bitcoin may take up to 60 minutes. With Ripple, a transaction only takes a few seconds.

Since Ripple is relatively less active than Bitcoin, transactions are generally faster. Not to mention, they are cheaper.

All the 100 billion XRP created during Ripple’s inception currently still exist, although the entire amount is not available on the market. Only a certain amount is released monthly to avoid flooding.

Unlike other cryptocurrencies that banks see as competition, Ripple is recognised favourably by numerous banks, which are involved in the Ripple network and accept XRP. For an investor or a potential one, that should be more reassuring than investing in other currencies.

Ripple is a private company with connections to the banking system. Bitcoin, on the other hand, operates outside the control of any company or entity.

The distinction between the two is more ideological than functional. Ripple might just be operating through an invisible blockchain that is just as reliable or even more so than the miner-dependent Bitcoin. 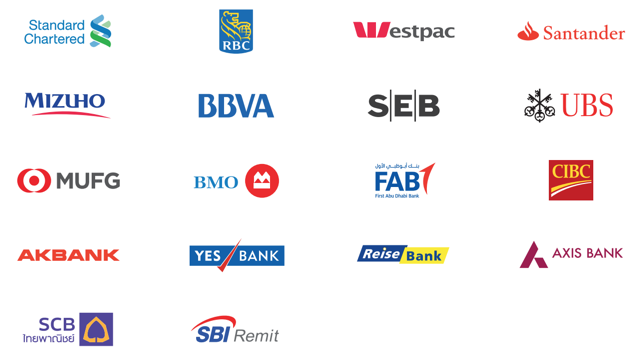 Ripple has seen tremendous growth in more recent years. Yet, the cryptocurrency community continues to give it the cold shoulder. It is not as popular as more traditional currencies like Bitcoin for two reasons:

Many have been drawn to virtual currencies because of their use of cryptography for security, making transactions safe and devoid of any personal information. Ripple’s decision to market to banks is a point of concern for more traditional users who worry about these financial institutions tracking their transactions.

Ripple’s ownership of the majority of XRP available on the market is why many users are apprehensive to embrace this cryptocurrency network. To be fair, locking tokens into smart contracts was a smart way to fix the issue. But it doesn’t do anything about the fact that Ripple gets the first claim of the XRP released each month.

How to Buy Ripple in Australia

Cryptocurrency, as you know, is digital currency. It doesn’t really come in a physical form. You get digital tokens, and in this case, XRP.

To purchase coins, you will have to visit online platforms that sell XRP. There are several Ripple brokers and Ripple exchanges online that will allow you to purchase, sell, and even trade XRP.

Do note that their value for money and convenience may vary.

Find platforms that can help you make the most out of your investment. It would also be best if you find one with a user-friendly interface, so you can easily learn the ropes.

Some of the leading platforms that deal with XRP in Australia include Coinspot, CoinTree, and BTC Markets Exchange.

How to Set Up a Ripple Wallet

If you already have a digital wallet for other currencies, find out if it accepts XRP so you won’t have to go to all the trouble of setting up a new one. Ledger Nano S is an example of a multi-currency wallet. It accepts XRP, Bitcoin, Litecoin, etc.

For those who are new to this, be careful in choosing an XRP wallet. There are several ways to store your coins like keeping it in the exchanges or moving it to a cold wallet or to a desktop wallet, and each has its own pros and cons.

Hence, make time to get to know the various XRP wallets available today and find out all that you can about the protection they can give you. To prevent hacks, scams, and fraud, choose platforms that are well-established and are known for their security measures.

There’s no one way of setting up a Ripple wallet. It depends on the platform you choose. But typically, you will be asked to download the app and install it on your computer. You will also need to set up security measures like creating a 6-digit PIN. Once all that is through, you should be able to establish a wallet address.

Ledger Nano S, Toast Wallet, GateHub, Exarpy, and Coinpayments are a few of the most secure XRP wallets today. 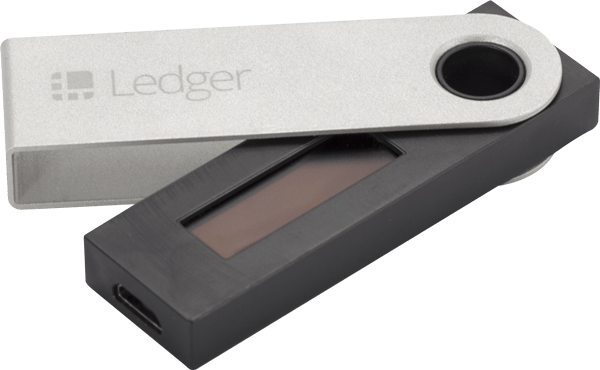 How to Use Ripple

XRP is not yet as widely accepted as Bitcoin, Litecoin, or Ethereum. On the other hand, Ripple was not designed to be used as a payment method. It was always created as a means to make fiat money transfers convenient and secure.

But if you do intend to use Ripple to shop online, there are several merchants who are willing to accept the currency. HempUSA, ThaiBam, Cryptos Dice, and Crypto Jeweler are a few of the online businesses that accept XRP.

For those who want to use Ripple for money transfers, this is what you have to do:

As of this writing (24 May 2018), XRP is equivalent to $0.81 AUD. A few months ago, it was around $4. And a month before that, it was less than its value today. Before you decide to invest, it’s important that you understand the difference between Ripple and other cryptocurrencies, as this difference may affect the price of Ripple in the future.

Here are the predictions for 2018:

There’s no telling how Ripple will fare in the next nine months. However, this shouldn’t be a reason for you to avoid it. After all, it is a great platform for money transfers, and it seems likely that there will soon be more opportunities for you to use it as a payment method.

Let me know in the comments if you have questions!